Schedule a LIVE introduction of The Art of Ascension

October 06, 2019
How to boost your immune system without effort 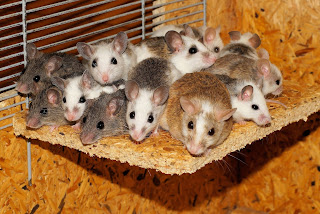 Our minds have hidden depths.

Dr. Herbert Spector at the National Institute of Health performed a study on mice. He gave mice a powerful immune system stimulating drug (poly I:C ) at the same time he exposed them to camphor (a neutral agent with a strong odor). With their strong immune system, no bacterial agents made them ill, no tumors developed if exposed to carcinogens, etc. Even after removing the immune system stimulating drug but continuing to administer the camphor, they remained strong and healthy. Later, receiving the camphor alone, every mouse showed three times the killer cell activity than that of the control group.

Drs. Ader and Cohen at the University of Rochester performed a similar but contrasting study. The researchers gave rats water sweetened with saccharin (a neutral agent) followed by an injection of cyclophosphamide, an immunosuppressant that caused nausea. Through classical conditioning, the rats quickly began avoiding the saccharin water. Ader and Cohen force fed the rats the saccharin solution minus the drug injection. Even so, rats began to die. They found the rate of death was directly related to the quantity of saccharin solution the rats consumed. Due to weakened immune systems, the rats contracted bacterial and viral infections that they were unable to fight off.

From these findings, they proposed a theory that the rats died because their association of the taste of saccharin with cyclophosphamide was enough to suppress their immune system – even though the drug injections had long been discontinued.

Dr. Ader, of the rat study above, coined the word psychoneuroimmunology to describe the field of study he helped create. He believed that the human mind could significantly affect the ability of the immune system to fight disease.

So we see from the above studies that life experiences can affect our immune system. How do we program our conditioning toward health? Here’s just a few studies showing the positive effects of meditation on the immune system.

A study at UCLA showed that HIV positive patients who meditate slowed down the drop in their immune cells. 100 HIV positive men were taught to meditate. 50 of them practiced daily. The other 50 did not practice. The CD-4 cells (those that fight HIV) sharply diminished in the men who did not practice. Those that practiced regularly maintained their CD-4 cells. In fact, the more training sessions that the regular meditator attended, the more CD-4 cells they had. Dr. Servan-Schreiber, a neuroscientist, said about meditation, “it’s clear that periods of time spent focusing on the inner life, allowing the sensations of life to take root without anxiety about the past and future, are so beneficial to the mind and body that it would be a pity to forego them.”

Dr. Davidson, University of Wisconsin, performed another study to see if meditation could boost the immune system. He found that those that meditated for 4 months following an 8 week meditation course had significantly more antibodies after a flu vaccine than did the control group. The study also showed meditators had more positive brain patterns compared with the non-meditators.

In a regular meditative practice such as the Art of Ascension, stress begins to fall away as conscious awareness begins to expand. It becomes more and more obvious that most if not all the problems of life are rooted in the old self-defeating patterns we created to deal with our life experiences.

Just 20 minutes of this effortless practice gives more rest than 8 hours of sleep at night. This restful time erases old patterns and brings clarity and focus to deal with life in a more focused fashion. All of these new patterns produce improved immune response, more health and increased vitality.

The practice is simple and can be used anytime, anywhere, by anybody. Visit www.ArtofAscension.com for more information.